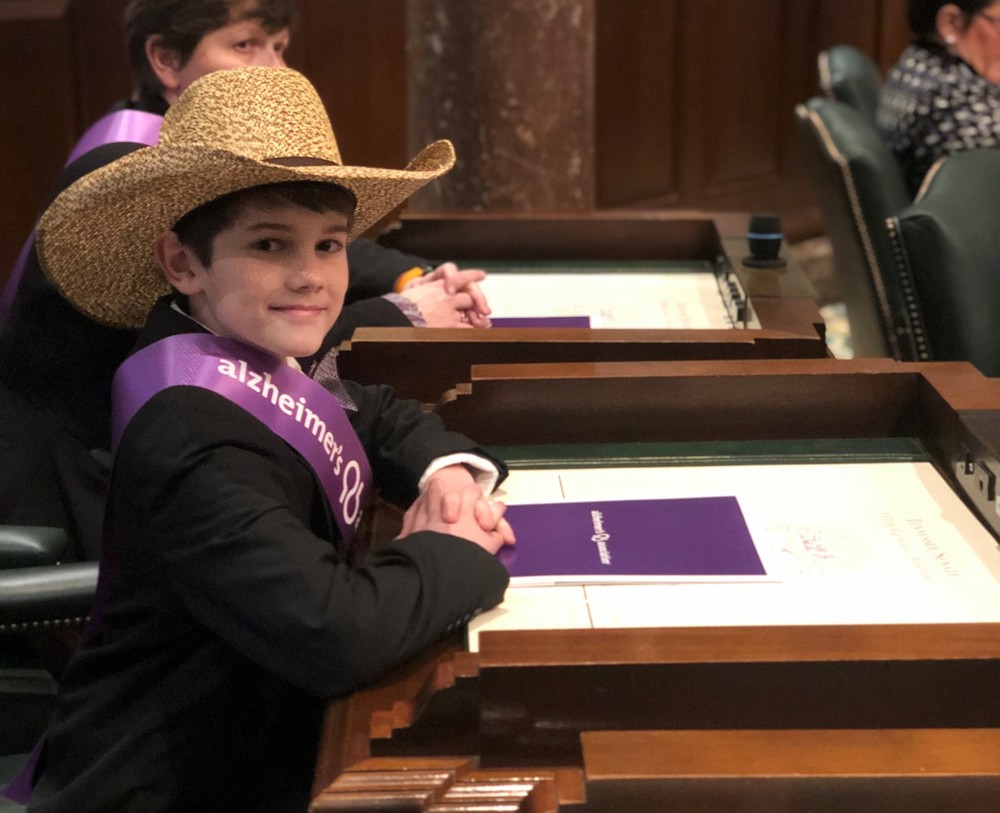 The Alzheimer’s Association Tennessee Chapter hosted The Alzheimer’s Association Day on the Hill at the Tennessee State Capitol.  More than 80 Alzheimer advocates, including local Halls Elementary School 6th grader Landon McBroom, met with Tennessee lawmakers during the event. Landon met with State Representative Chris Hurt and State Senator Ed Jackson to talk about supporting the Thomas G Bowden Memorial Act, which will fund home and community based services for Alzheimer’s patients and their caregivers.

Landon was the youngest advocate to attend the event. He also attended a Senate committee hearing and met with Mrs. Kimberly Williams-Paisley, a known advocate and Champion for the Alzheimer’s Association and Col Thomas G. Bowden’s wife, Barbara. Landon is a member of the International Miniature Bull Riders Association (IMBA) and has dedicated his 2020 season to the Alzheimer’s association. Landon is also partnered with Amy Elder Gammel of Mayo’s Flower Shop in the fight to end Alzheimer’s. He and Amy have big plans to raise awareness and funds for this great organization. 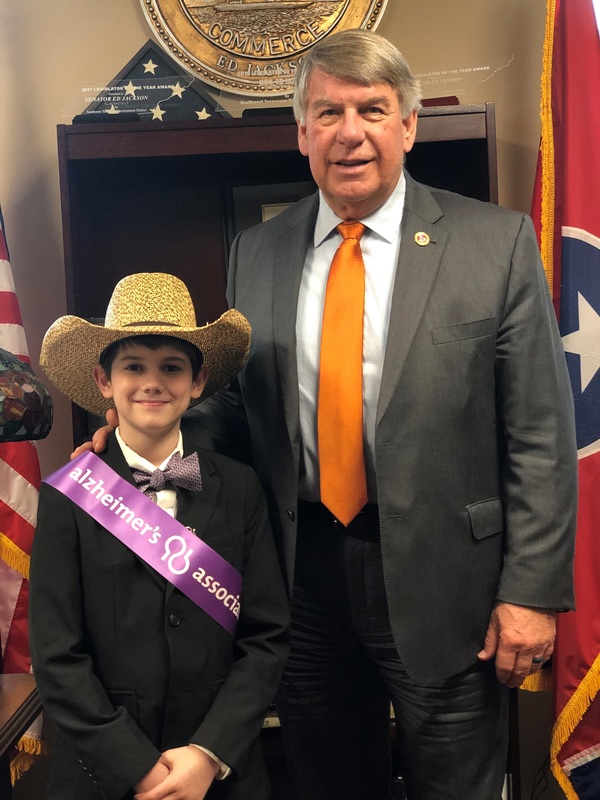